The Millions Card was built from the idea that you shouldn't need to spend thousands of dollars to be rewarded for your everyday spend. While credit card reward schemes are bountiful, you often need to spend upwards of $15,000 annually to reach break even point on the annual fee. Millions of Americans simply cannot afford to spend this much, or prefer to spend on debit cards, and are locked out of spending rewards.

Millions was founded by Rory and Kieran O'Reilly, who experienced this first hand. During childhood their parents were among the millions of Americans who could not make use of spending reward schemes. While peers were taking flights and vacations paid for by credit card reward points, the O'Reilly family preferred to spend money that they had, making transactions and using debit cards for their everyday spend. The O'Reilly family worked honest jobs, Brian was a mailman and Pamela a nurse. So why couldn't they enjoy the same travel, cashback and leisure rewards on their spend?

Rory and Kieran created the Millions Card to solve the financial divide. Every dollar spent on the Millions Visa Card earns one Millions Ticket, which can be used to win a share of up to one million dollars. There's no hotel, flight or reward points to worry about, just chances to win cold, hard cash. If the O'Reilly family used their Millions Card for their $750 monthly expenditure, they'd earn 750 Millions Tickets, which means 750 chances to win. Plus, there's no annual fee, so there's no break-even cost. Millions cardholders are better off from day one. 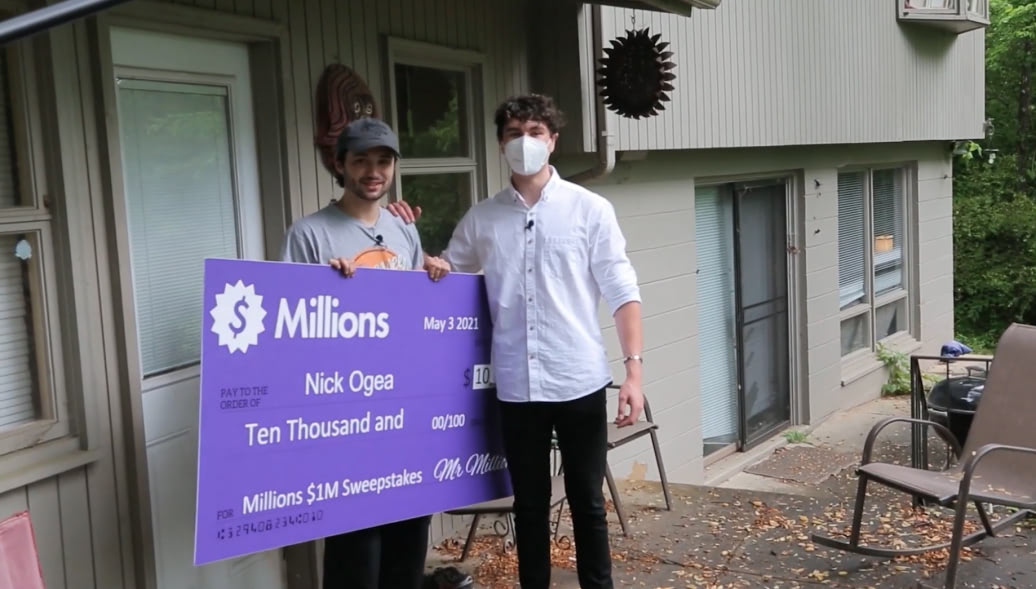 If you're ready to join us on our journey to level the spending playing field, get your Millions Card right now. You'll earn a chance to win up to $1M with every single dollar you spend.